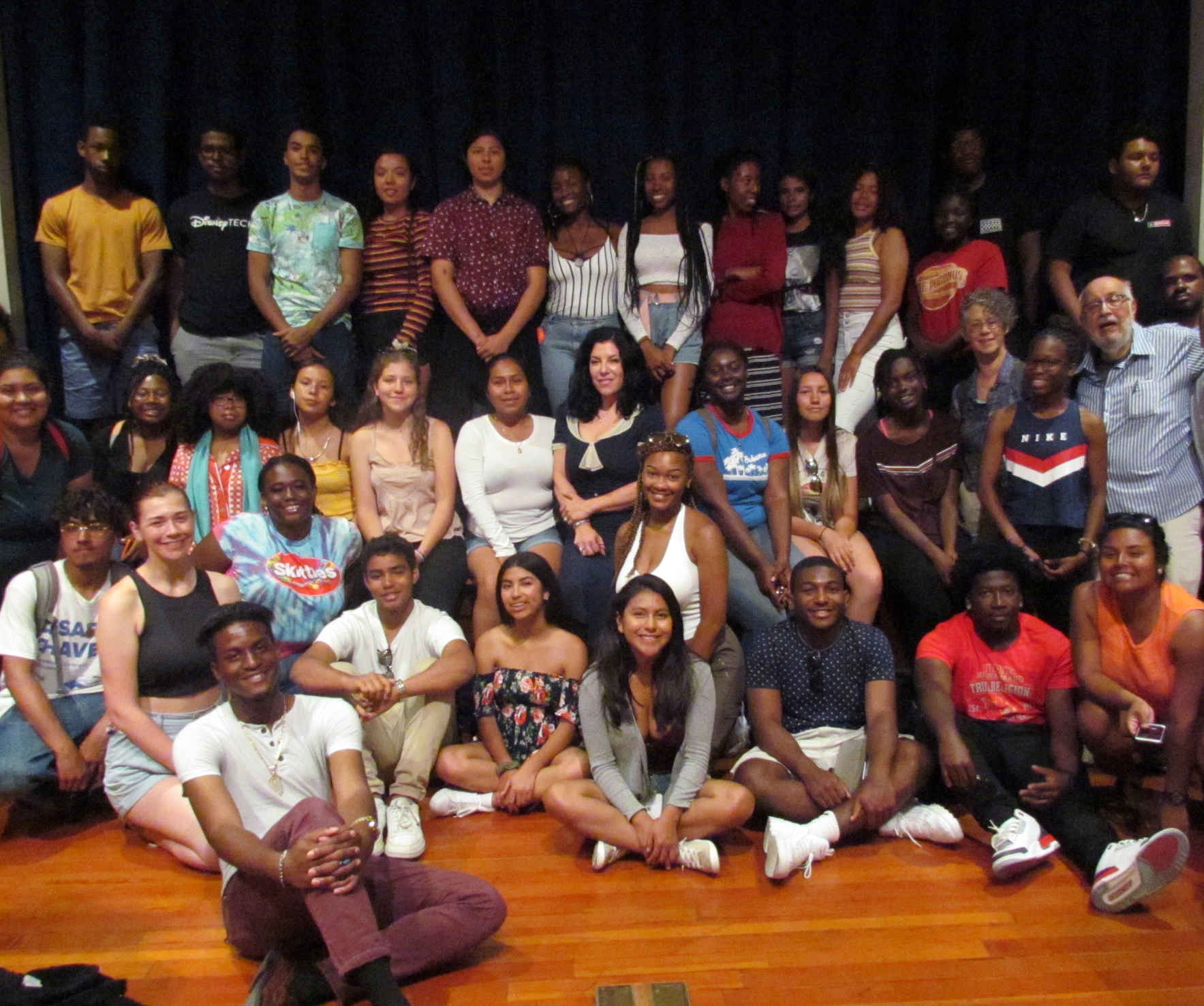 Give today to support EFC's work with young leaders.

Two stories reveal the power of the Encampment!

My name is Petua. I attended the 2019 Encampment in Southern California. It was life-changing. I never expected to be so amazed by the people I met — young people (like me!) who want to change the world. 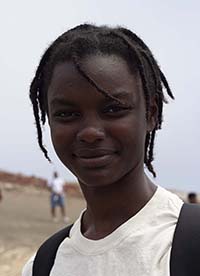 I had never been around such a diverse group of people, some who have suffered more than I would ever know and still could laugh and smile. Without the support of EFC donors, I never would have experienced this life-changing experience. I’m a very different human today because of it. 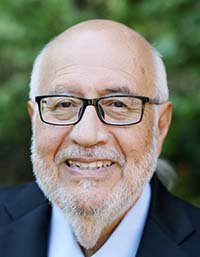 And I’m David Sandoval. I attended the Encampment in 1966 in Washington, DC. That experience opened up my world and started my life of cultural and educational activism that, over time, changed the lives of thousands of Chicano students. Along the way, I co-produced “Los Lobos Del Este De Los Angeles: Just Another Band From East L.A.” — the first Los Lobos album!

Petua: I’ve experienced several forms of racism, sexism and immigrant micro-aggression because of my first-generation Ugandan-American female identity. Coming to the Encampment and being able to tell my story was rejuvenating, but listening to the stories of the other Encampers and staff was even more powerful. I became aware of my privileges and vowed to use my advantages to help the community around me.

David: I grew up in East LA. We didn’t know we were poor and everyone I knew was Latino. I was a mediocre student, but the Encampment brought history, education and politics alive for me. To live and work with young people whose parents were diplomats, or from Appalachia or Ecuador, was eye-opening! It’s one thing to read about different cultures. It’s life-changing to develop social, political and cultural bonds with people at the Encampment.

Petua: The field trips, like our visits to an indigenous Mixteco festival, Homeboy Industries’ training and work program for former gang members, an organic farm, and other community-led efforts were extremely powerful. In a world where media coverage focuses on the disparities of humanity, it was empowering to see positive platforms of change. The Encampment let me put a face to the issues the media seems to only yell about — to feel the humanity of the situation, not just feel sorry for masses of people I don’t know.

David: The Encampment gave me my first tools for activism. When I went home, I worked with several Chicano rights groups and began writing and producing short video and film documentaries. In 1981, I became director of the Educational Opportunity Program at Cal State University, Los Angeles, ensuring that students of color have the support they deserve to thrive in college. 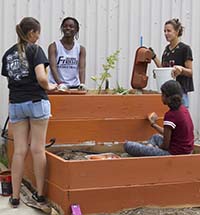 Petua: My service-learning project was with the Farm-to-School program at Rio Mesa High School in Oxnard, CA. We filled their gardens with soil, planted, painted signs for the Zen garden for which the students had advocated and tried out fresh salads. Experiencing the positive action happening in a school setting sparked the action plan I started in my own school: a Community Youth Action Club promoting youth-led change through advocacy, leadership and service. 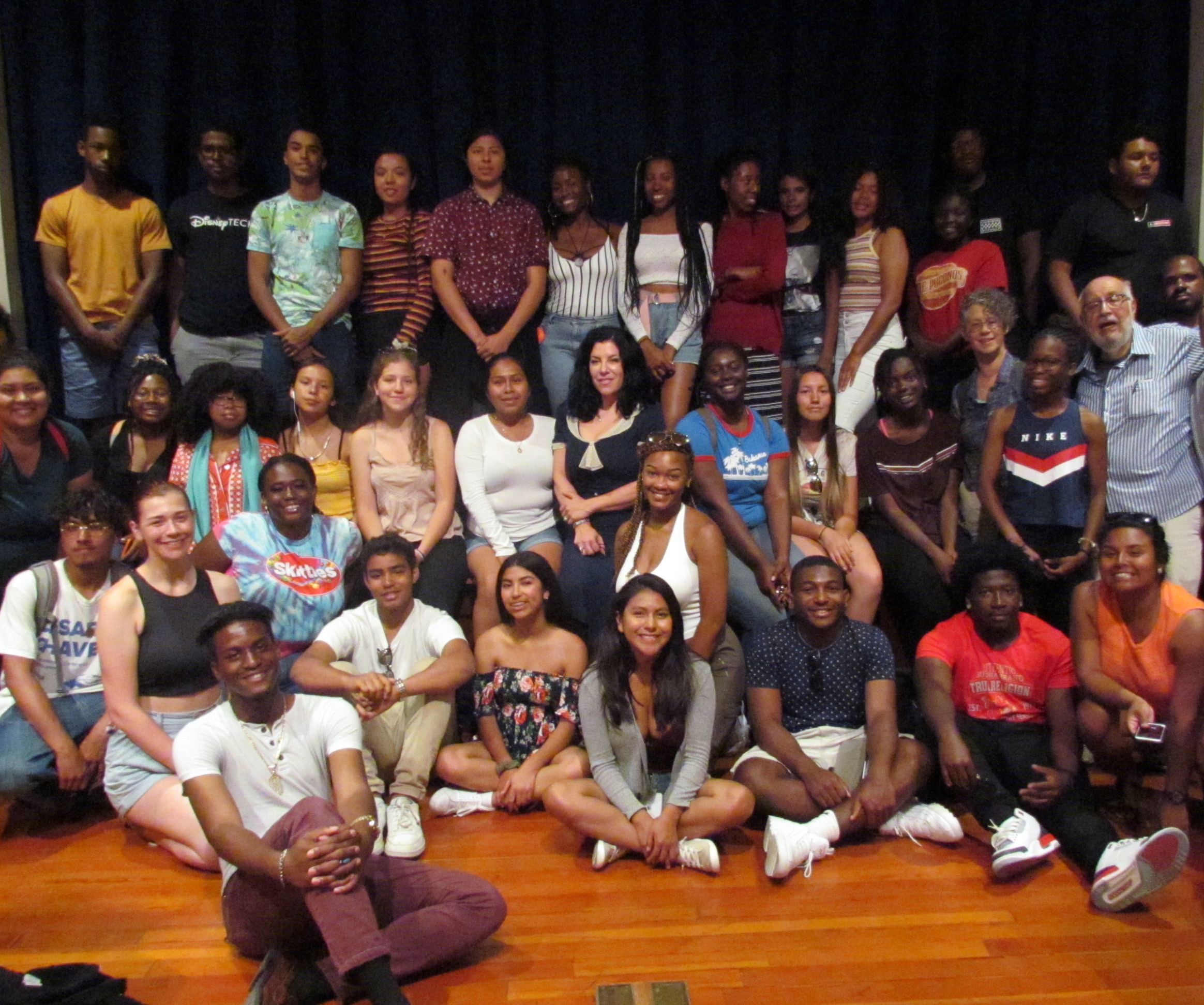 Petua and David at the 2019 Encampment. Second row: fourth from right and far right.

David: We never thought we would still be fighting for the social justice issues that were important in the 1960s–80s. Now we know it’s more important than ever! Segregation and homelessness still exist, and they’re joined by mass shootings and lack of trust in our elected leaders and institutions. What gives me hope is the young people who are fighting back. That’s why the EFC is so important now — it builds understanding among people from different backgrounds and gives them tools to be activists.

Your financial support for the Encampment is more important now than ever.

It changed our lives. You can help it change the lives of others.

Your support matters to us. And the Encampers coming behind us.